Patterns and good practices for common use cases

# What are VS modules?

You can think about each module as a one, independent feature available in Vue Storefront with all its logic and dependencies inside. This one feature however is a common denominator that links all the features inside. For example, the common denominator for adding a product to the cart, receiving a list of items that is in the cart or applying a cart coupon is obviously a cart and cart is not a feature of anything bigger than itself (its common denominator is the shop) so it should be a module. Wishlist, Reviews or Newsletter are also good examples of the module as we intuitively think about them as standalone features.

I believe that an obvious metaphor can clearly describe the problem, at the same time, the solution.

To better illustrate the whole concept I'll try to explain it with lego bricks.

Let's say we have a box with 90 lego bricks that we can use to build some fancy things like Towers, Castles, or Helicopters. Unfortunately due to some stupid EU regulations we can only have 3 different colors of bricks in our box. As we all know, not every color is accurate for every structure that can be built so we need to swap one color with another in a shop from time to time in order to have bricks in colors that are best-suited for our next lego project.

Cool, but there is one problem - since we have all our bricks in one box they look more or less as follows : 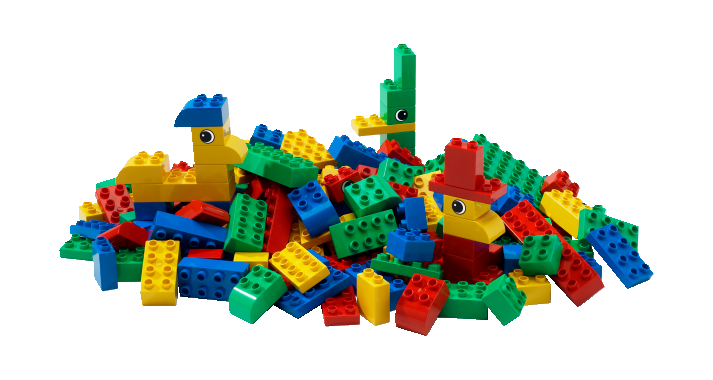 When we want to replace the green bricks with, let's say, the black ones we need to look for each green brick separately among all the others which can take a lot of time... and there is still a chance that we will miss some of them! Not to mention that finding the particular green brick that we need to finish the palm tree we are building () will require looking for it among all the other bricks which can make this task extremely difficult and time-consuming.

This is obviously not a situation that we want to end up in with our small lego empire. Neither do we want it with Vue Storefront since it's meant to be easily extendable so you can replace your green bricks (or current user cart feature/cms provider/cms content provider) with the black ones (different cart feature with multiple carts, WordPress instead of Prismic for content etc) without hustles and bustles looking for each of them among all the bricks and without worries that you will miss some of them or EU will confiscate all the bricks that you have! We also want to make it easier to find the correct brick that we want right now to finish this damn palm tree!

So how do we make this horrible situation better? 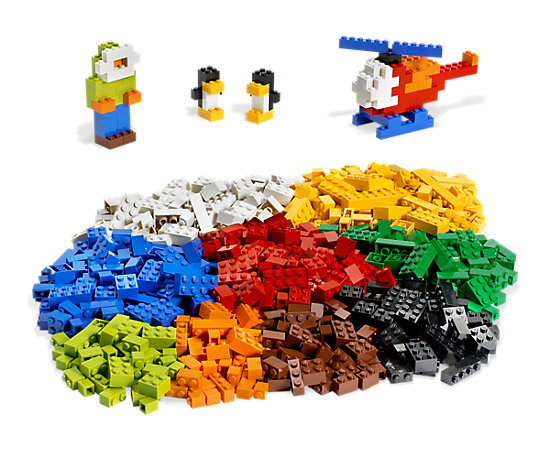 When we have our bricks grouped by their colors (and in separate boxes - modules) it's much easier to find this green brick that we needed for a palm tree since we only need to search in a small subset of all bricks. Moreover when we want to replace green bricks with the black ones, then instead of looking for all the green representatives one by one we are just replacing their box with the one containing black bricks. We also don't need to worry if something was left behind since we know that all the green bricks were in the box.

This is the modularity and extendability we are looking for in Vue Storefront and the architecture we are currently rewriting it into.

# What is the purpose of VS modules?

The purpose is well described in this discussion (opens new window). It can be summarized to:

Module config is the object that is required to instantiate VS module. The config object you provide is later used to extend and hook into different parts of the application (e.g. router, Vuex etc). Please use this object as the only part that is responsible for extending Vue Storefront. Otherwise it may stop working after some breaking core updates.

Vue Storefront module object with provided config should be exported to index.ts entry point. Ideally it should be an export named the same as modules key.

This is how the signature of Vue Storefront Module looks like:

A key is an ID of your module. It's used to identify your module and to set keys in all key-based extensions that module is associated (e.g. creating namespaced store). This key should be unique.

The entry point for Vuex.

A function that'll be called before registering the module both on server and client side. You have access to VSF object here.

The VSF object is an instance of your Vue Storefront shop. It contains following properties

A function that'll be called after registering the module both on server and client side. You have access to VSF object here.

The VSF object is an instance of your Vue Storefront shop. It contains following properties

Below you can see recommended file structure for VS module. All of the core ones are organised in this way. Try to have a similar file structure inside the ones that you create. If all the modules are implemented with a similar architecture, it'll be much easier to maintain and understand them. Please avoid unnecessary changes in design unless otherwise required so.

Not all of this folders and files should exist in every module. The only mandatory file is index.ts which is the entry point. The rest depends on your needs and module functionality.

You can take a look at module template (opens new window) with an example implementation of all features listed in config.

All modules including the core ones are registered in src/modules/index.ts file. Thanks to this approach you can easily modify any of core modules object before registration (read more here).

All VS modules from registerModules will be registered during the shop initialisation.

First off, take a look at module template. It contains great examples, good practices and explanations for everything that can be put in a module.

Try to choose a method based on use cases. This (opens new window) is a good example of using callbacks.

# Adding new features as VS modules

You can extend and modify all parts of any of Vue Storefront module before its registration by providing aVueStorefrontModuleConfig object with the same key to extendModule() function. This config will be deep merged with the module of the same key, which means:

Let's see an example and assume we want to extend module cart by overriding its beforeRegistration hook and load Vuex action.

If you want to make complex changes with your own app-specific VS module (which is not an npm package), it's a good practice to keep this module inside src/modules/{module-name}. To extend a module with another module just pass its config to extendModule function

If you want to create a third party module, just copy the src/modules/module-template raw code to your repo. Don't use any transpilation and build tools since it prevents proper tree shaking and optimization. A building process is handled by Vue Storefront build tools. A package name needs to start with vsf- prefix to be included into Vue Storefront build process.