This document describes how Vue Storefront code versions are released. You'll learn what the release process looks like, the acceptance criteria, what our git flow looks like, and which branch to use as a stable one.

# How Vue Storefront versions are released

From version 1.9, we release each of the VSF versions in two phases:

Assuming the next version is 1.x, the two-month cycle will look like the following:

# How new features are merged

In the first phase of the cycle, we're mostly focusing on features and improvements. Branches in this phase should be created from the actual develop, also PRs should be pointed to this branch. Changes merged to develop are available to test on https://test.storefrontcloud.io

At some point, when milestone for next minor versions is completed, we're creating new branch from develop called release/vx.y (example: release/v1.9). After that new branch is tagged as first RC for version (example v1.10.0-rc.1). Then it's ready for testing by community. During tests, feedback and stabilization there could be multiple Release Candidate versions on this branch. When improvement is made on this phase, then branch should be created from actual release/vx.y and should not contain features at this point - only improvements for current release. After merging a set of bugfixes and improvements into release/* branch, it needs to be tagged as the next RC version and merged into the develop branch, to update it. 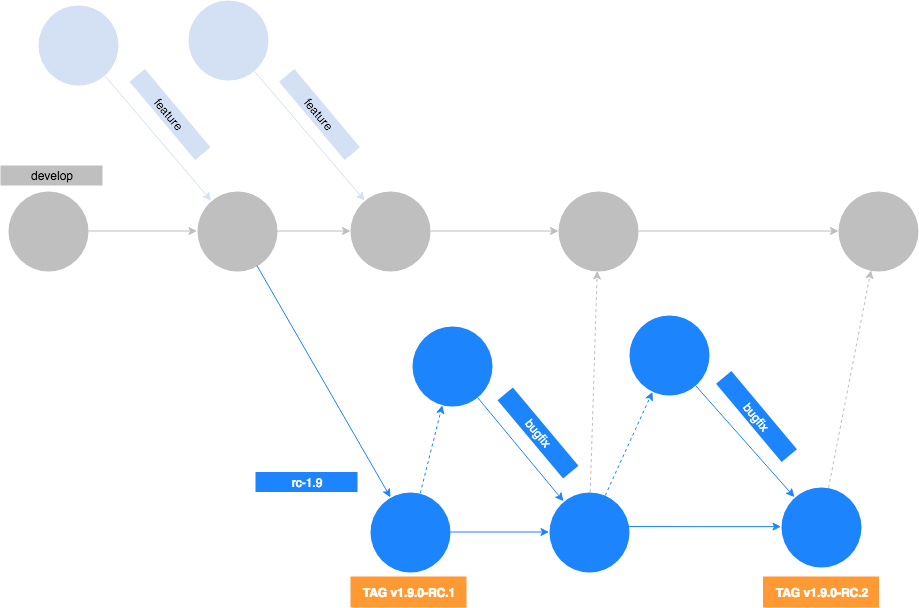 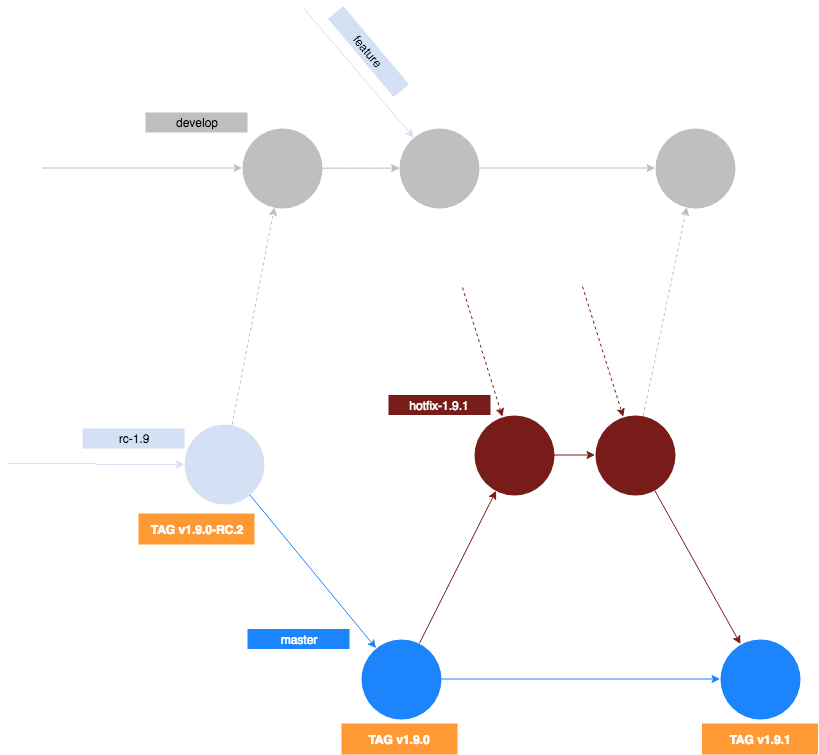 An important thing to note is that this releasing cycle ensures stable and reliable Storefront releases. Phases are also not blocking new features—you can develop new features on any phase, but it should be merged only to the develop branch and go through whole cycle.